skip to main | skip to sidebar

Narrow defeat for left Greens on the cuts. As far as I can make out....

Yesterday a motion committing the Green Party to resistance to and no collaboration with the cuts was defeated at our spring conference in Cardiff yesterday. As is often the case the arguments were rather confused and quite a few people were unsure where they stood on the issue. After a card vote it was something like 72 to 59.

The argument from the other side was that if we hold power in any council we should try our best to make the cuts less painful (We do not yet hold power in any council) . To be fair it was accepted by everyone that we should not vote for a cuts budget. Darren Johnson in Lewisham voted against Labour's cuts budget as the one Green on that council - one of the people putting the other argument across. Better not allow Eric Pickles get hold of running a council as this would make things far worse!

Essentially I think they are mistaken that the concessions we may get from central government would make enough difference in comparison to the damage done to the Green Party's image and credibility. Sectarian leftist and Labour party hypocrites are already sharpening their knives to get stuck in to us. Some Greens living outside the inner cities in wealthier areas perhaps do not fully grasp how devastating the cuts will be for Tower Hamlets, East and South Bristol, Manchester etc..

These people are good decent people, but my position is that if we are not firmly behind the anti cuts movement in action as well as rhetoric then we may be swept away and consigned to the dustbin of history (ooh Lenin misquote alert!) Some new people at conference were pleasantly surprised as to how big the left vote was.

This issue is not over in the Green Party. Lets all muck in together to build for the TUC demo on March 24th and see if we can't recreate Egypt in London!
Posted by Red Green Nick at 02:28 2 comments:

Hugo Blanco is a leader of the Peruvian Campesino movement and has been politically active since the 1930's. He will be visiting Bristol as part of a national tour in support of 'Lucha Indigena' (Indigenous Struggle). Social movements in Latin America, often indigenous are now winning important environmental and social victories. Come along to here these inspiring stories.

The Commune forum on localisation this Sunday

This looks quite interesting for people who can get to St Pauls this Sunday at 6pm. The Commune produce some good stuff and are free from many of the faults of many on the traditional left in my opinion.

http://thecommune.wordpress.com/2010/08/14/bristol-commune-forum-on-localisation/
Posted by Red Green Nick at 01:04 No comments:

Derek Wall would make a fantastic Deputy Leader of the Green Party. His commitment to social and ecological justice is inspiring. We need the Green Party to be part of a global movement linking the struggles of the indigenous, with those of us fighting for our collective and individual rights. Derek is uniquely placed to put the Green Party at the centre of this.

Here is his election web site:

http://derekfordeputy.blogspot.com/p/endorsements.html
Posted by Red Green Nick at 15:34 No comments:

Defend East Bristol Community Adult Education. This is about the imminent cuts to the courses that are run in the community; for those who are learning English, for those who have left school without qualifications and now feel ready to try again and maybe prepare themselves for further education and a new career, for those with learning difficulties who benefit from courses that are close and sociable. For many of these people the travel to Bristol City College and accessing the courses there is daunting, expensive and just not appropriate to their circumstances and other responsibilites.

The closure of these local classes is a real loss to them and to the whole community.

Students, teachers and others in the campaign have so far held meetings of over 100 people, lobbied the Council outside and in the council chamber and are now organising a march. See below. Please publicise and support.

Assemble 11.30 at the Beacon Centre by the City Academy, Russell Town Avenue BS5

(near Lawrence Hill and the bottom of Church Road)

to march into town via Lawrence Hill and Old Market, round Broadmead and to Castle Park

for music, food and speeches.

The PCS (Public and Civil Servants Union) striking in defence of jobs, conditions and the public services, have announced further national strike action on Budget Day, Wednesday 24 March.
John McInally, vice president of the union spoke about the dispute at the closing session of a very successful Bristol Convention of the Left in Easton last Saturday. It was unanimously agreed to give all the help we can.
Bristol has a fantastic tradition of support groups (FBU, CWU, VESTAS).

We will be setting up the Bristol PCS support group,. PCS representatives will update everyone, giving full details, and then it's up to us to get behind them. Please publicise and support. We will all benefit from their victory.

From Jerry Hicks
Posted by Red Green Nick at 08:48 1 comment:

I'm the Green Candidate for Kingswood

I have been selected as the first ever Green Party General Election candidate for Kingswood.


I am delighted to have the opportunity to stand as Kingswood's first ever Green General Election candidate, its about time the people of Kingswood had a real, progressive alternative to the Neo-Liberal agenda of the three main parties. If elected I will only claim an average wage for the constituency, donating the rest to Green Party funds.

Thanks to all who have contributed towards the deposit. Watch this space!
Posted by Red Green Nick at 15:33 No comments: 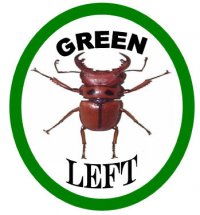